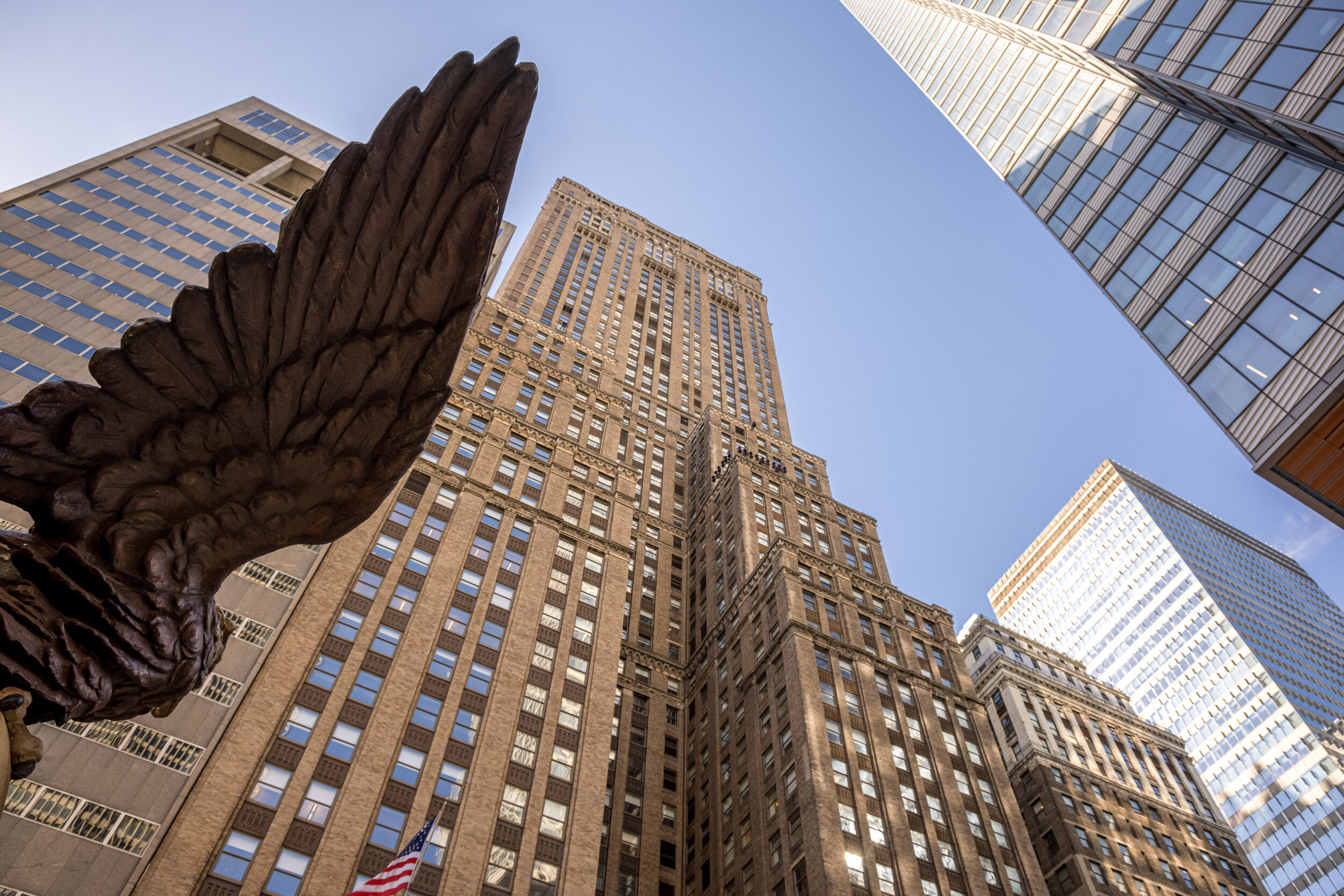 One Grand Central Place — previously named the Lincoln Building — is a 55-story building in Midtown  Manhattan located directly across from Grand Central Station. This 1930 terracotta-built commercial office building is known to be one of the oldest and largest skyscrapers in Manhattan.

CANY has been providing building enclosure consulting services to One Grand Central Place for several years mostly centered around the inspection and repair of the facade and facilitating compliance for the Facade Inspection Safety Program (FISP/Local Law 11).

The current scope of this ongoing project includes a terra cotta restoration to the building along with a general façade investigation via Industrial Rope Access and maintenance. In addition, parapet rebuilding, lintel replacement, brick replacements, and pointing were provided throughout the project tasks to maintain general safety precautions and duties to follow FISP inspections and repairs. CANY rigged the entire building by simplifying the work into two phases; starting with the west wing and later followed by the main tower. Here, services to the five terraces were completed where reinforcement to the steel was added for the occupancy load to be increased dramatically. 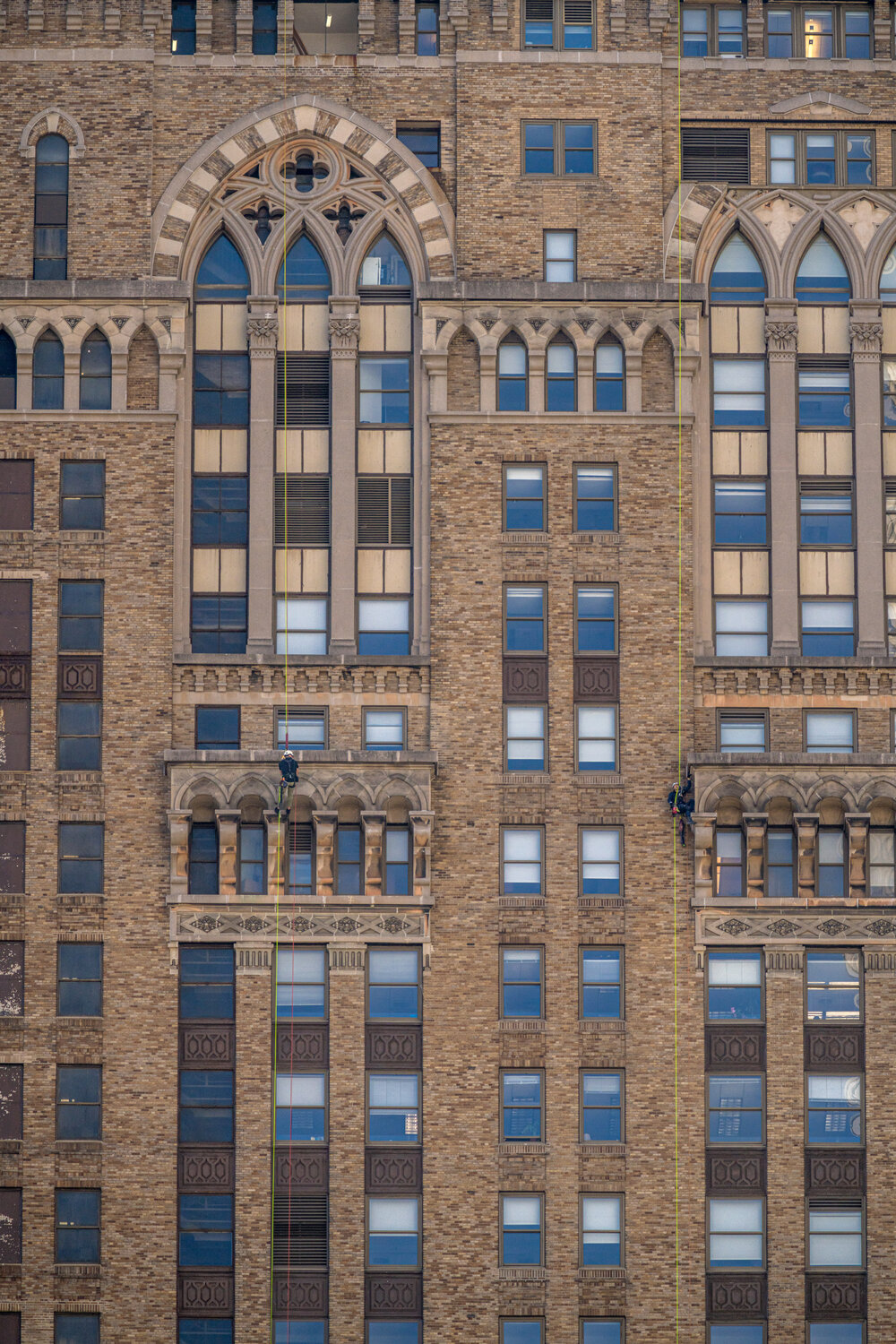 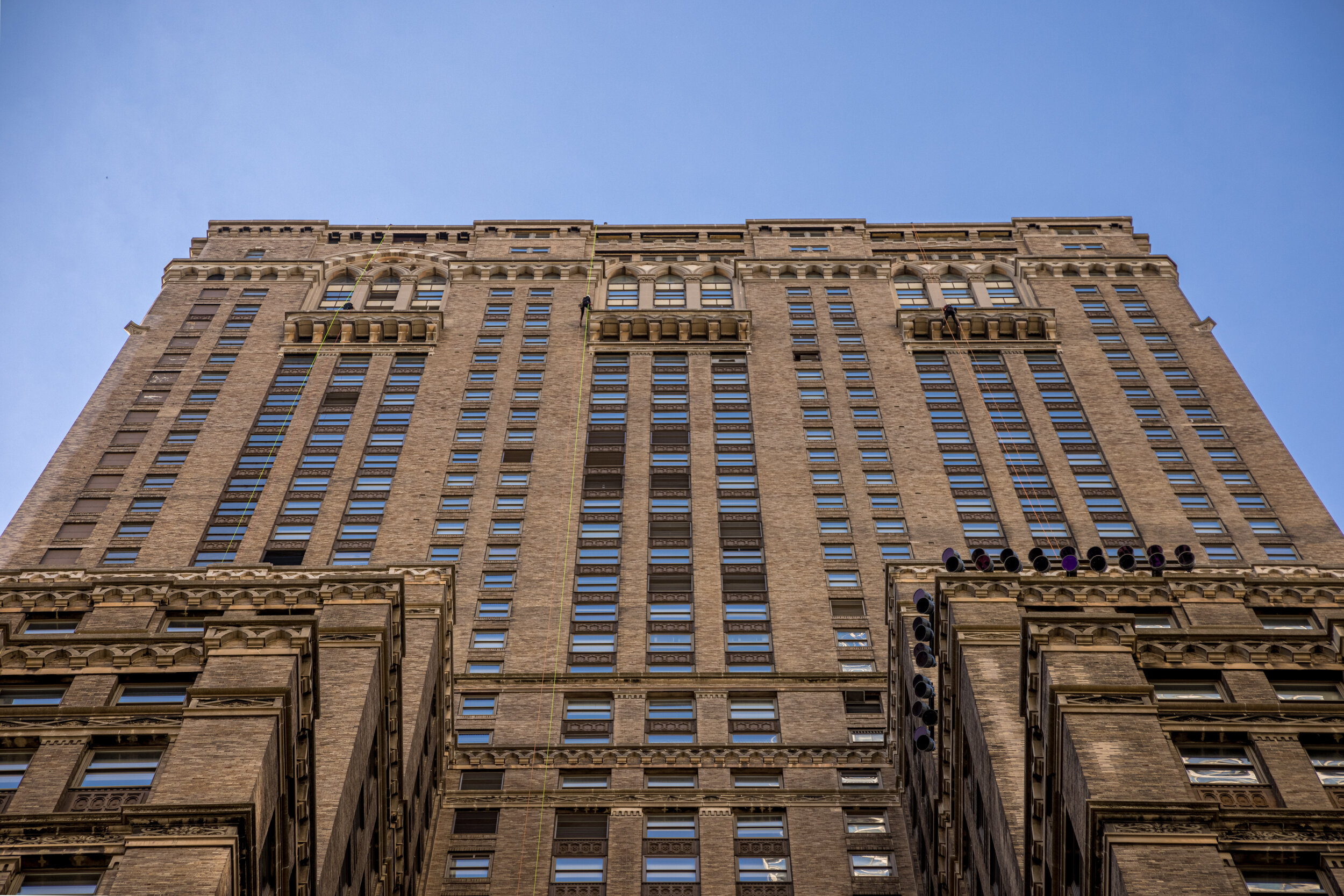 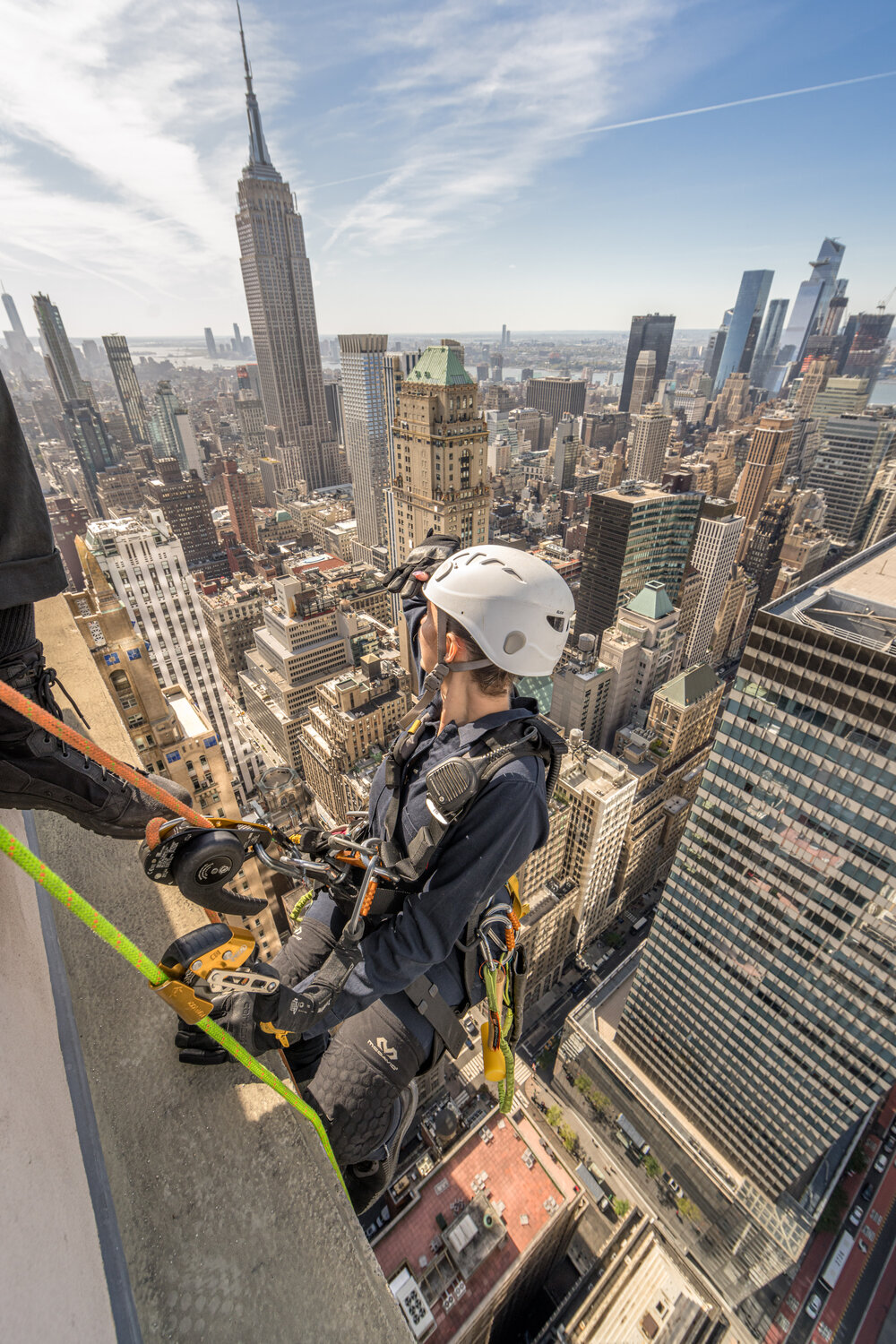 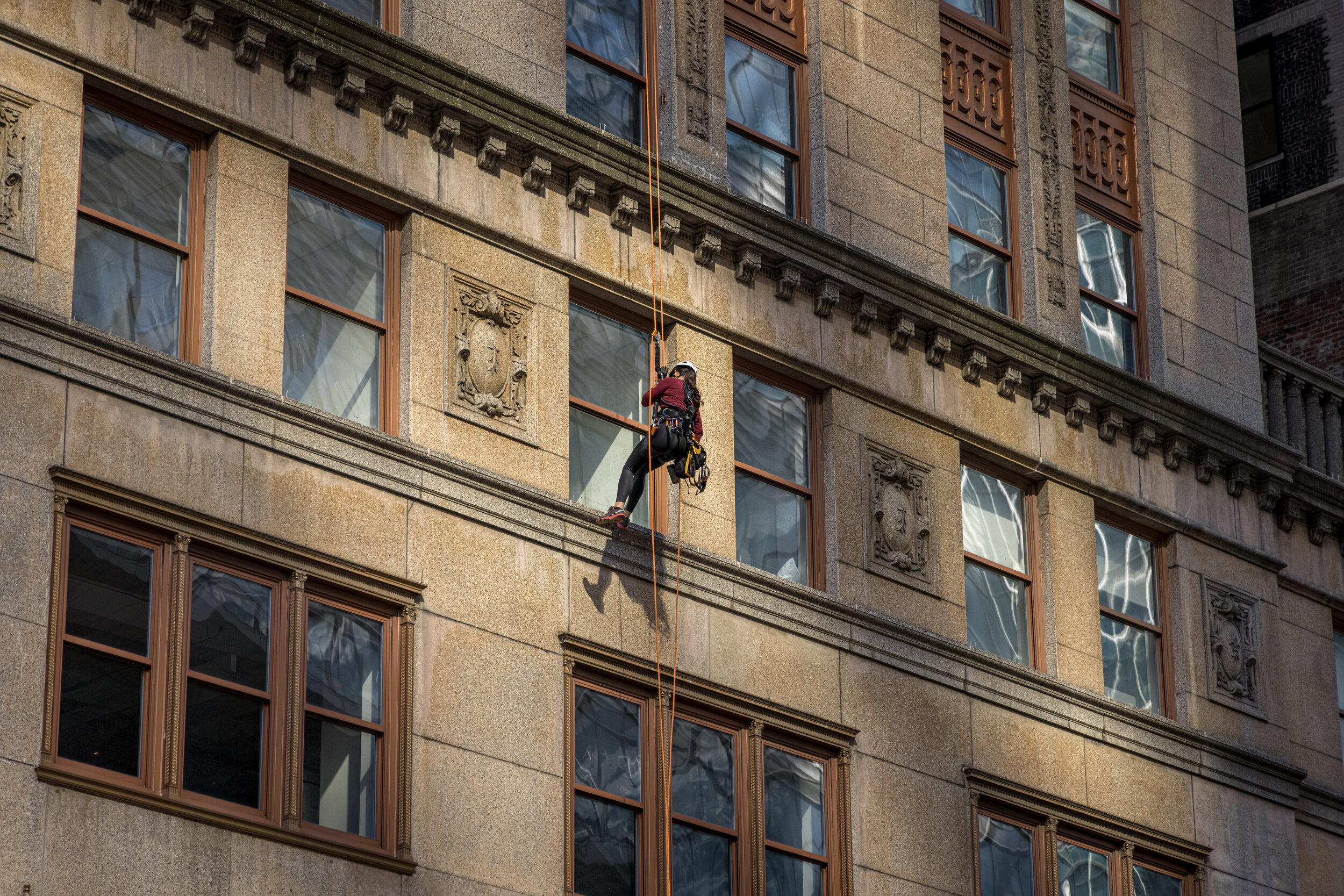