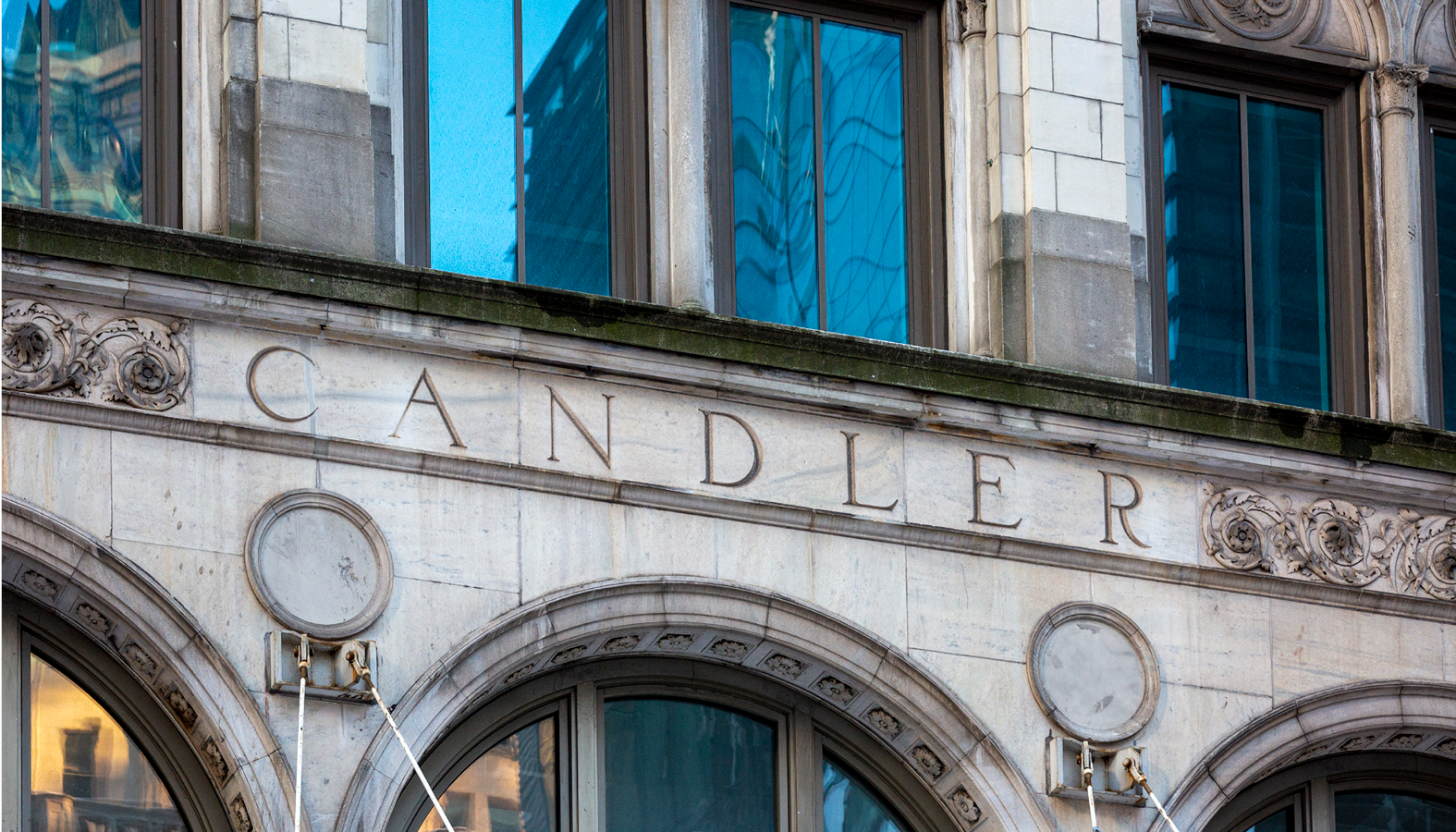 Commissioned by the founder of The Coca-Cola Company, Asa G. Candler, the white terra cotta commercial office building known as The Candler Building sits in the core of Times Square located in Midtown Manhattan on West 42nd Street.

The Candler Building was constructed between 1912-1914 and was one of the tallest buildings in Midtown and one of the last skyscrapers constructed in Manhattan prior to the enactment of the 1916 New York City Zoning Resolution.

Designed by Willauer, Shape & Bready, this free-standing tower created a new type of skyscraper – the stepped form. In addition, its use of lightweight, glazed terra cotta cladding throughout the structure was a movement away from the historical use of heavy natural stone and a way to address the growing concern for urban air pollution. The building's terra cotta ornamentation was designed in the late Gothic and early Renaissance style evident through a multitude of shapes and figures such as angel busts, three-dimensional florets, and dragon heads that span the entire height of the tower, unlike Its predecessors which limited any decorative element to the lower, more visible portions of a structure.

CANY was contracted by the Client to perform a façade investigation in order to assemble repair documents and perform necessary work prior to the filing of the Façade Inspection and Safety Program (FISP) report. CANY performed the Investigation via Industrial Rope Access allowing for a close-up Inspection of all elevations of both the main tower and the annex, In addition to the flagpole base and the hipped PVC (Sarnafil) roof.

Extensive repair documents were assembled based on CANY's initial inspection consisting of terra cotta repair and replacement at the main tower, brick masonry and stucco repair at the annex building, and the restoration of the terra cotta flagpole base. The repair project consisted of sounding all existing terra cotta units and performing crack repair, pinning, patching, coating, and full-scale replacement of deteriorated units in kind. The ornamental flagpole base at the top of the main tower was dismantled, the existing steel support structure was repaired and reinforced, and the base was reconstructed in cast stone to match the original terra cotta structure in color, texture, and design. 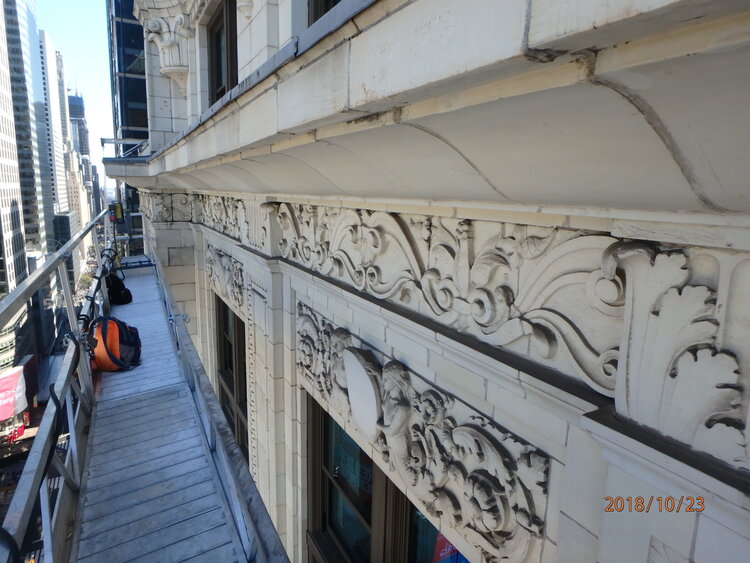 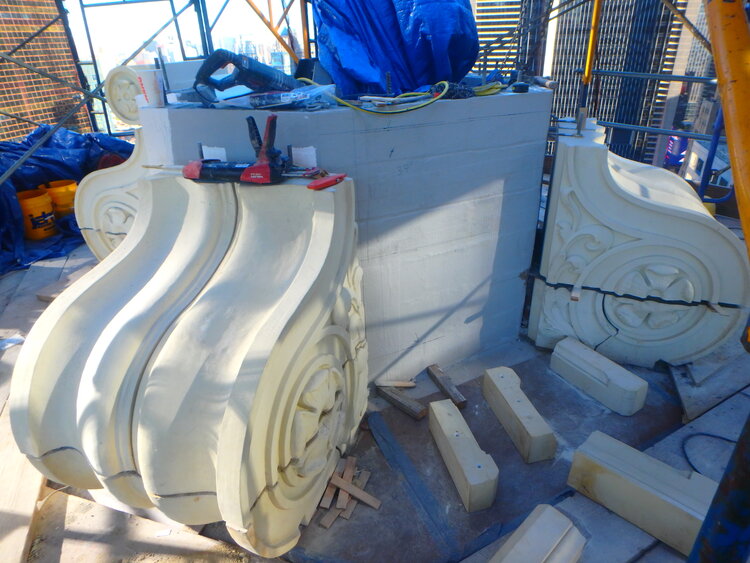 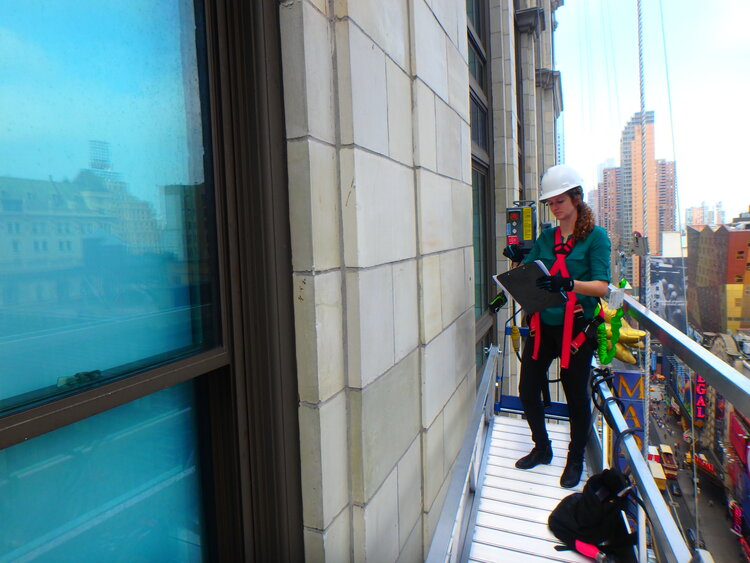 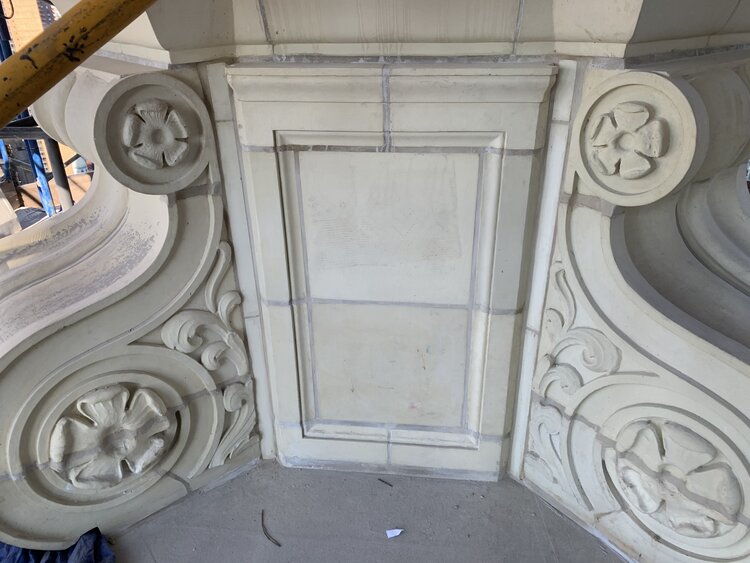